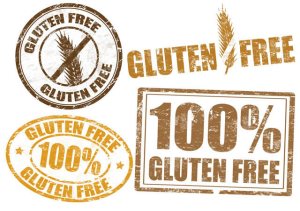 Gluten is found in many grains like wheat, barley, and rye. People with celiac disease can’t tolerate gluten, not even small amounts. Gluten triggers an immune response that damages the lining of the small intestine. This can interfere with the absorption of nutrients from food, cause many symptoms. A related condition called gluten sensitivity or non-celiac gluten sensitivity can generate symptoms similar to celiac disease but without the intestinal damage.

Is it because there has been a sudden rise in the number of people with celiac disease? Or is it just the latest diet craze that has turned into a multi-billion-dollar business?

Scientists at Rutgers New Jersey Medical School wanted to find out, so they looked at data on 22,278 people who participated in the National Health and Nutrition Examination Surveys from 2009 to 2014. They found that while the prevalence of celiac disease remained fairly stable over those five years, the number of people who followed a gluten-free diet without having celiac disease more than tripled.

That means that many people who don’t carry the diagnosis of celiac disease are buying gluten-free products. Is is necessary?

Celiac disease can be identified with a blood test for the presence of antibodies against a protein called tissue transglutaminase. A biopsy of the intestine confirms the diagnosis.

Avoiding gluten means more than giving up traditional breads, cereals, pasta, pizza, and beer. Gluten also lurks in many other products, including frozen vegetables in sauces, soy sauce, some foods made with “natural flavorings,” vitamin and mineral supplements, some medications, and even toothpaste. This makes following a gluten-free diet extremely challenging.

If you’re determined to go gluten free, it’s important to know that it can set you up for some nutritional deficiencies. Fortified breads and cereals is a major source of B vitamins and dietary fiber. Taking a gluten-free multivitamin-multimineral supplement is a good idea for anyone trying to avoid gluten.

To gluten or not to gluten? —— Mallika Marshall, MD, Contributing Editor